In 2007 Hunted Cows Studio (HCS) had a popular free PBBG called Fallensword. HCS decided to take full advantage of their existing audience and announce that they were working on a new 3D PBBG called Eldevin. To be fair, the game had a different name back then (Gothic Ages) but that was eventually changed to Eldevin. They originally announced a launch date of 2008 which, as I remember thinking at the time, seemed like they had already been working on it for quite some time since it takes years to develop a good game, here it is 2013 and beta is just down the road.

In 2007 there were really no choices when it came to 3D PBBG's and years later this is still true, I can count the number of true 3D games on one hand yet I'm certain that most MMO's will some day be browser based. 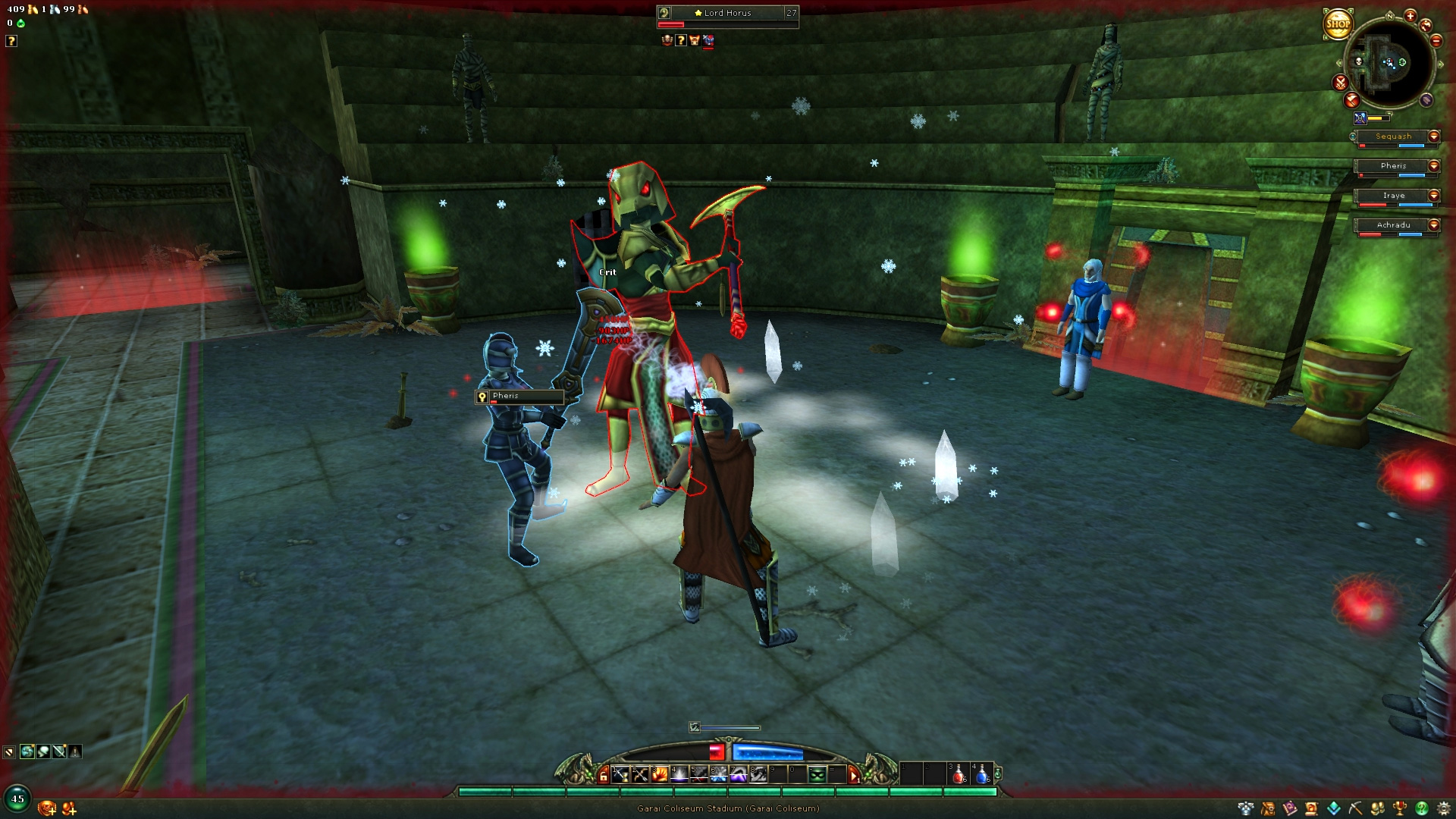 HCS is calling Eldevin a "story-driven MMORPG" with a "rich storyline". Hopefully this means good in-game content. Most decent MMO's these days have a story behind them however integration within game play is another matter and since there is no detailed explanation of what is meant by "story-driven MMORPG" I guess we'll have to wait to see what that means.

Since the game has not yet launched any information you find here can change. Their former list of highlights included 11 features but over the years that list has changed.

Admittedly, the list seems pretty standard and I was hoping for something truly unique but I have to remind myself that this is a browser MMO with far greater portability than what other application based MMO's can offer. Some additional features I like that are not on the official list include:

Number 5 cannot be overlooked, many great MMO's have been ruined by staff, or lack thereof.

They originally listed the game as F2P without any additional details. Since then more details have been released and for once (in a long while) I like what I see. Too many developers are engaging in bait and switch strategies when it comes to the F2P model. In many cases yes the game is free, but with limitations that are so extreme that the free portion could be seen as nothing more than a trial. But this does not seem to be the case with Eldevin, not only have they stated that "the entire game can be played without making any purchases" but I'm led to believe that micro-payments will primarily improve the look of your character and based on subtle clues I'm guessing micro-payments will also increase pack space too. This is the single best monetizing method for a F2P MMO and it has me excited, not because it means I don't have to pay, but because this model attracts and keeps players in the game leading to an active and happy community. With a large community the need to fuel the ego is stronger (because there are more people to show off to) and improving the look of your character is a money earner. A well known and simple forum game earns over $1m USD per month simply selling items that enhance the look of your character. This is a proven Monetization model and I'm looking forward to seeing how it will be implemented within Eldevin, assuming I'm correct in my understanding.